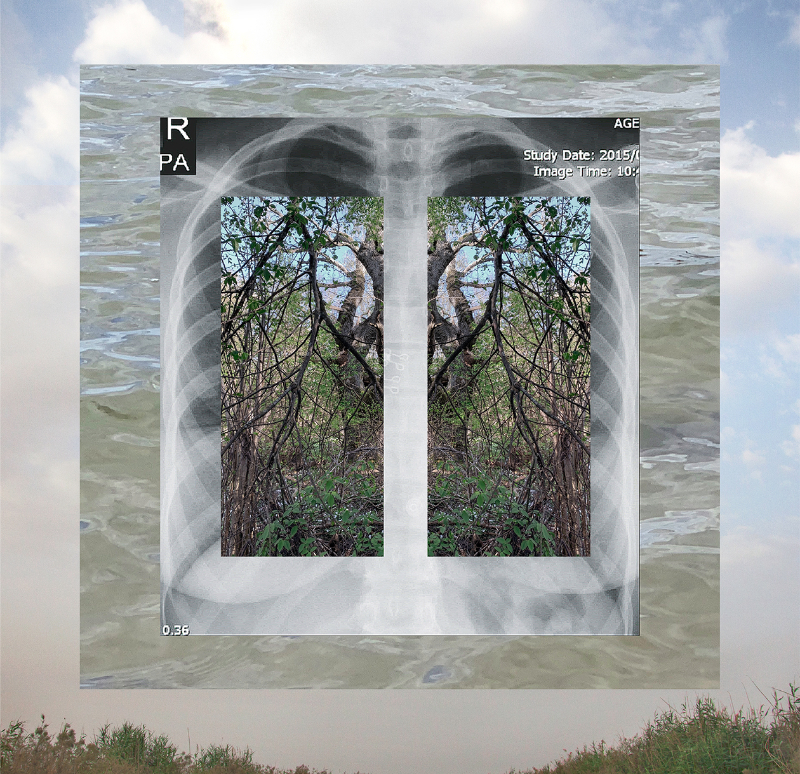 Since establishing my Santa Fe studio in 1975, I’ve evolved from photographer of single photographic images to environmental artist of extended photographic works, multi-media installations, and social practice. I have traveled away from home and studio frequently to photograph, research, and teach, most recently in Iraq, Singapore, and Sweden. Now, during  this time of  harrowing climate, health, and political upheaval, I hope you will find solace and hope in this artwork.

My focus has been on intersections of nature and culture in places where my country has been at war: Los Alamos, Vietnam, Iraq. For the past 10 years I’ve added an environmental remediation project in S. Iraq, hoping to leave something constructive behind rather than to just take away photographs from which to make these artworks. I want my artwork to challenge my own anthropocentric behavior and then possibly all of  ours.

My long residence in New Mexico has grounded me in this high desert land with communities of rich cultural heritages. As an artist, I address issues of war and peace juxtaposed with Nature, an enduring and thereby healing force. But what if she no longer will protect us?

A new work in progress, called The Boat is a Circle: Surviving Extinction, is a collaborative project with American artist in Sweden, Joanne Grune-Yanoff . We take the Mesopotamia Flood story predating the Biblical Noah’s Ark as a way to visualize how to and, who and what will, survive our current environmental and social crisis?

My art work of the past 12 years, Eden Turned on its Side, has been concerned with our symbiotic relationship with the E/earth. Focusing on Post-Edenic sites of ecological and social imbalance, the work consists of large-scale extended photographic works. Comprised of three parts, Photosynthesis, Volcano Cycle, and Eden in Iraq, ecologies are explored on the scales of human time, geological time, and mythical time.

An important part of my art work is social practice in the Mesopotamian Marshes of S. Iraq. Here I originated the idea, and have led a team, to build a wastewater garden, a public art and cultural heritage site, that will provide clean water, health, and beauty to a magnificent, ancient and distressed culture. More about this in this link to the web site WWW.EDENINIRAQ.COM. This project has put me in close touch with Marsh Arabs as well as Iraqis at different levels of community and government from Nasiriyah to Baghdad and beyond.

My photoworks from Iraq offer an optimistic view of the people there and the environmental miracles taking place in the Mesopotamian Marshes. For those millions of migrants afloat in Europe today, the ancient marsh Arabs of the Mesopotamian marshes in S. Iraq offer a stunning example of a banished people returning home to restore their desertified land.

Past work into the present:

In 1993 the collaborative photo/video/text exhibition, Critical Mass, traveled by the New Mexico Museum of Art (1993-97), brought the Native Pueblo World into Atomic history. The Meeting from Critical Mass, along with Oppenheimer’s Chair from the first SITE Santa Fe Biennial 1995, were re-exhibited at the NM History Museum in 2018-19. In the extended photowork, The Meeting, portraits and related objects of Natives Americans of St. Ildefonso Pueblo are juxtaposed with those of Manhattan Project Scientists, who knew each other during the making of the first atomic bomb at what is now Los Alamos, New Mexico.

In 1980 my Lowrider show on Santa Fe’s main plaza, sponsored by the New Mexico Museum of Art, drew over 3000 attendees, the largest single opening in Santa Fe up until that point. In 1981 it was shown at Artists Space in New York City, and at the Louvre in 2011-12. In 2019, the NM Museum of Art and the NM History Museum opened companion Lowrider exhibitions with a new comprehensive book Orale! These cars are important to me as signifiers of their makers deep connection to “Tierra Madre”, seen in the landscape images painted on the cars and their hydraulics systems lowering the bodies to within inches of the ground. The cars stay very close to Mother Earth. The Lowriders were my first teachers about the connection between cultural heritage and land as well as the use of contrary materials to highlight this. These environmental portraits were made on the cusp of the fledgling interest in cultural identity in the early 80’s and has been continuously exhibited worldwide.

My two monographs contain work made over the past 4 decades. Belonging: Los Alamos to Vietnam, photoworks 1980-2000 (St. Ann’s Press, Los Angles, 2004) reveals my increasing environmental awareness culminating in Millennial Forest, photographs of oldest trees in Vietnam and the US, two enemy forests who endure.

The 2nd and recent book, Eden Turned on its Side (University of New Mexico Art Museum and Press, 2017), comprised of three parts-Photosynthesis, Volcano Cycle, and Eden in Iraq, looks at ecological and human processes across time that either reinforce or destroy the notion of Eden.

A note: In the portfolios on this site, you’ll see that often sculptural installations with accompanying color videos have served to animate my concerns and allow the viewer a more immersive experience. Moving and still imagery together add another dynamic of color and movement and an impulse towards change and transformation.