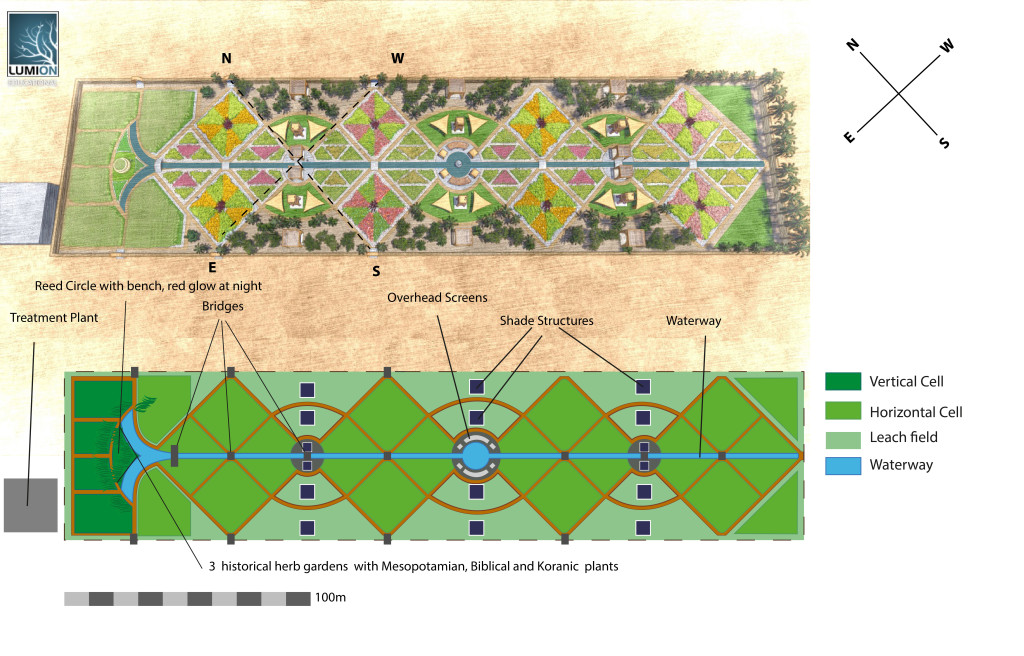 An environmental remediation and cultural project such as ours risks setbacks in a country decimated by war.  When our project first began, Iraq appeared to be undergoing a process of restoration after decades of war. Our Eden in Iraq Wastewater Garden Project has had to adjust to the many swings backwards and forwards of a conflict zone.  We are both encouraged by the progress of our project and disheartened. When we take a wide view, this moment is not really more difficult than others we’ve encountered over the past several years.

Six months after our very successful March 2014 visit to the marshes, jihadist forces(ISIS/Daesh) entered Iraq from  Northwest  Syria and now have control of the Northern source of the Euphrates River at the Mosul and Haditha dams.  Turkey’s ongoing building of the Ilisu dam is affecting water shortages of the Tigris as well.  An 8 year drought in the marshes was magnified this summer by months of record high temperatures (51c). The marshes are once again dry. Falling oil prices have drained the State of Iraq’s treasury.   So, there is little the State is doing to help.

The current situation in Southern Iraq, where the population is heavily Shi’ite, remains unthreatened, despite military and political unrest elsewhere.  The local and regional governments are functioning.  But due to lack of water, there is great damage to livestock, wildlife, and foliage. The quality of life is threatened.

Our partner Jassim Al-Asadi, Director of the Nature Iraq office in Al Chibaish, in the midst of the marsh region, is keeping our project alive in the minds of local, regional and state officials.  We prepared a requested Environmental Impact Report and preliminary designs for the Dhi Qar Governate a year ago.  The project has now moved from Regional offices to the Ministry of Water Resources(MoWR).  But with so many water problems, we will no longer wait for MoWR funding but proceed with our own fundraising in the coming months.

During this difficult time, we held a Workshop/Symposium in Singapore March 5-8, 2015.  Our entire team, from 5 different countries could work together.  Meridel and Peer received HASS CLASS funding,  for 2 days we were joined by other professionals to share publicly our project thus far and to learn about water projects initiated by the University in others parts of the world.  Images below from the conference.  You can learn more about the event here: Restoring Eden at NTU 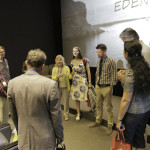 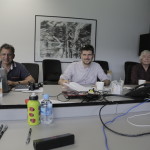 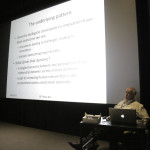 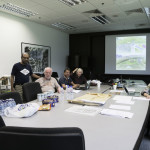 We were able to include the concluding Complexity Conference audience for our keynote speaker and team member Dr. Sander van Der Leeuw’s presentation  “Invention and Innovation-The Long Term”.  Dr. van der Leeuw arranged his lectures for both conferences as a 2 part sequence to be attended by both groups. Then we met privately in a closed working session  for two days to continue our design, engineering and chemical analysis process. We invited Landscape architect  and Columbia University Assistant Professor Julia Watson, to join us.  Watson brought her extensive knowledge – using elemental air and water currents to enliven park spaces.  Our 3 environmental engineers,  Dr. Nelson and Tocchetto joined with Egr Jassim Al-Asadi to spend time working out very difficult hydrology and sewage questions for our site, to be continued as soon as Dr. Tocchetto can get  back into Iraq.