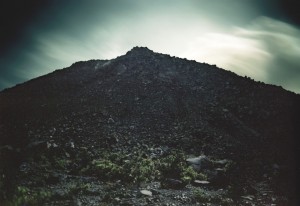 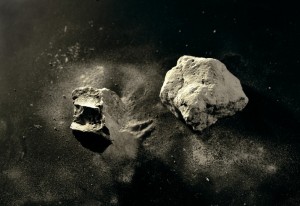 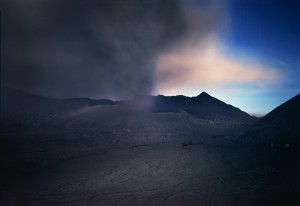 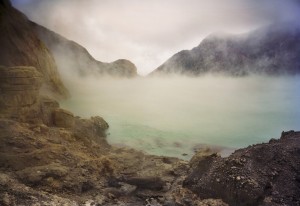 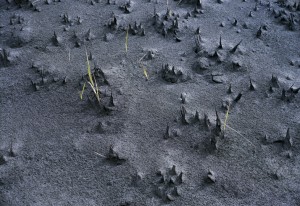 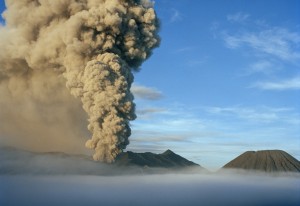 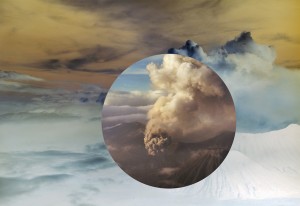 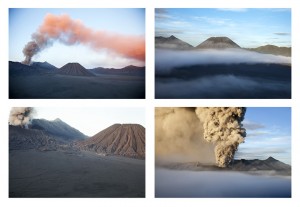 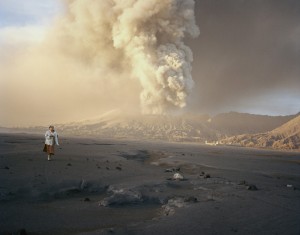 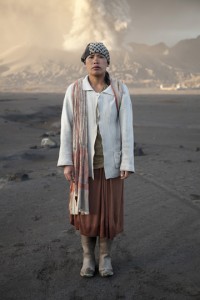 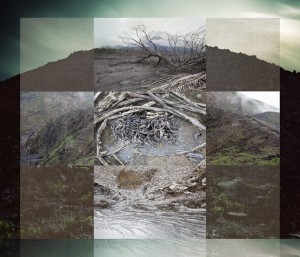 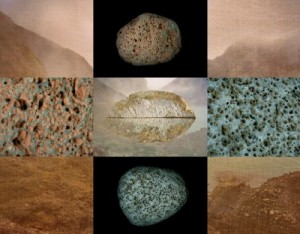 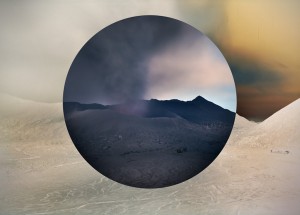 Eden Turned On It’s Side: The Volcano Cycle 2011 – Present

The Volcano Cycle explores deep time with photographic images of volcanoes from Indonesia’s Ring of Fire that evoke earth, climate change and human co-evolution.  Using prepared aluminum plates, they are printed digitally with archival pigment inks and mounted on sheets of copper either in frames or on panels.

Somewhere between our own culturally specific creation myths and the Big Bang, our planet was born. Out of nothing into something; out of darkness, a first breath.  From tightly compacted space to infinite spaciousness. After ions of fire then ice and then melt, our Eden emerged. Without the earliest volcanic activity, carbon would not have been released to produce the first beneficial global warming to melt the glaciers to end the earliest Ice Age (Snowball earth). Oxygen would not have been released to eventually breathe us into being. 74,000 years ago, Mt. Toba erupted on Sumatra creating an extreme volcanic winter that extincted, if not all of us, then a large portion of life on earth. It is possible that some of us, who were lucky enough to have made tools, were able to crawl out of the deep ash, to keep going.  Thus Mt. Toba is referred to by scientists as the “Weak Garden of Eden”, because at least at Mt. Toba life had to begin anew.

The Volcano Cycle is part of the trilogy, Eden Turned on Its Side (2009– ) that looks at ecological processes across time that either reinforce or destroy the notion of Eden. It focuses on poetic intersections of nature and culture in relation to ecological and/or social imbalance. “Eden Turned on Its Side is not presented as a timeline but as a natural cycle of life, death and rebirth where human beings and nature are deeply connected and exist in true symbiosis.”*